With a new, high profile coaching staff in place, a refreshed approach to the program and lacrosse fans everywhere once again talking about Utah lacrosse, the 2017 season was destined to be a success on and off the field. 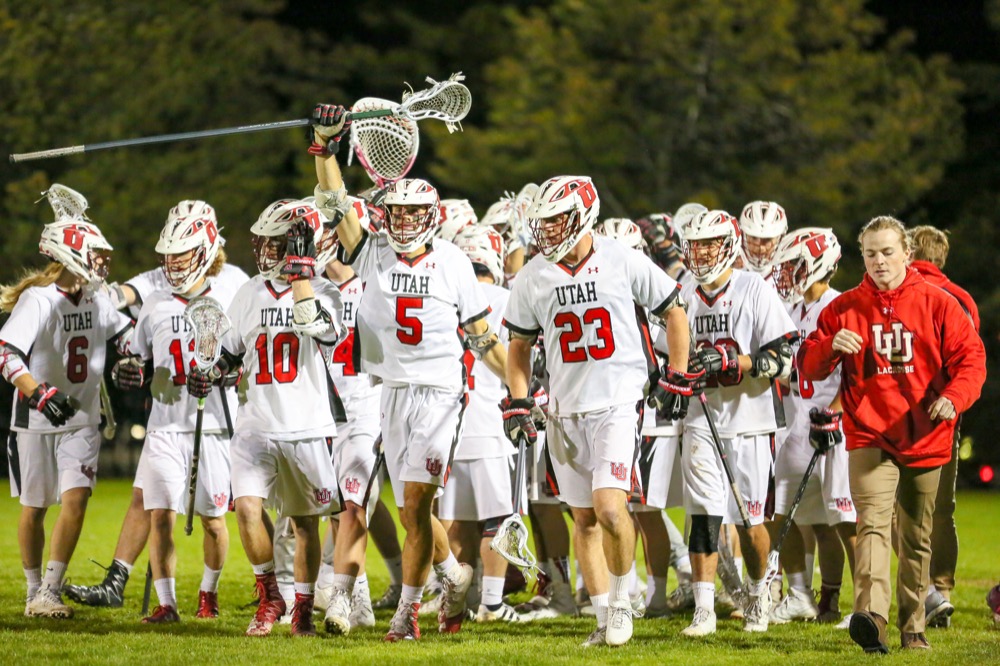 On The Field
The Utes finished the 2017 campaign with a 10-7 record, just its second 10 win season in the last decade, which earned an invite to the Men’s Collegiate Lacrosse Association National Tournament, its second invitation in program history.

Utah began the season on the road with a tough season opening game against the Chapman Panthers who entered the game as the No. 1 team in the country and defending MCLA national champions. Midfielder Jake Stout had 3 goals and 1 assist to lead the Utes to a 12-9 upset. Utah then beat Washington, 18-10, at the Pac-12 Shootout. The Stout brothers once again dominated with Josh netting 4 goals, 1 assist and Jake scoring 4 goals. The team headed home with a stop in Las Vegas to take on the Rebels. After a equal first half, the Utes defense held the Rebels scoreless in the third quarter which would ultimately prove to be the difference maker as the Utes took home a 15-11 win and a 3-0 record.

The Utes highly anticipated home opener would be a match-up against the No. 10 Arizona State Sun Devils. The Sun Devils played spoiler, taking home a 14-11 win. The Utes then took to the road and faced No. 5 Cal. The Golden Bears jumped out to an early 5-0 lead that would prove to be too difficult to overcome as the Utes fell, 13-5. Utah would rebound two days later with a 10-6 win over Stanford. 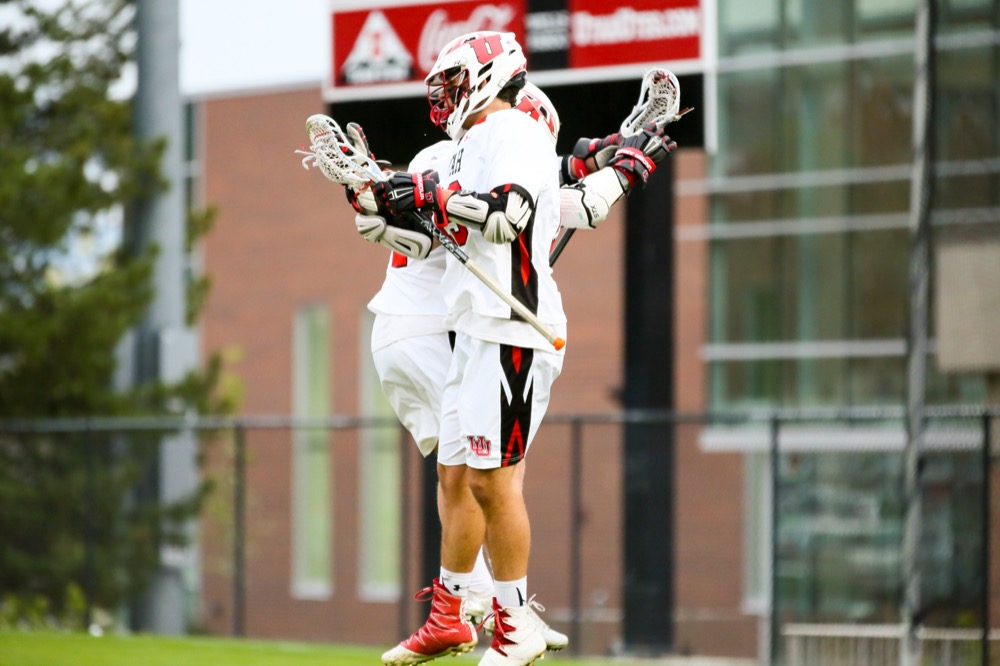 With the team back at home, the Utes hosted Simon Fraser then Nevada. Utah cruised to victory in both games, winning 21-9 and 23-3 respectively. After a cross-town scrimmage with Westminster, the Utes headed to Logan to face rival Utah State. Utah entered the game as the favorite, but Utah State set out to prove they could run with the Utes who entered halftime with a 6-5 lead. Utah would use a 6-2 fourth quarter to secure a 16-9 victory.

The Utes then had five straight home games that began with a loss to Boise State, 11-10. Utah bounced back with a 12-11 win over RMLC foe Colorado followed by a 7-6 win over Colorado State which propelled Utah to the top of the RMLC standings. A midweek win over Utah Valley, 12-5, clinched the No. 1 seed in the RMLC tournament and the regular season title. Next up for the Utes were the Texas Longhorns. Texas entered the game unranked but their play on the field showed they belonged in the rankings as they stole a 10-8 upset over the Utes.

The regular season concluded with a 14-8 loss to rival BYU in Provo which led to a rematch in the RMLC semifinals a week later. The Utes couldn’t find their groove which led to a 10-4 loss to the Cougars.

Despite three straight losses, the Utes were invited to the MCLA National Tournament in Southern California. Utah was given the No. 8 seed and a rematch against No. 9 Chapman. In a back-and-forth game for the ages, regulation couldn’t settle the small difference between the teams and overtime was needed. The Panthers would utilize a Utah penalty and score the game-winning goal, sending the Utes home early with a 9-8 loss.

The Utes finished the season as the No. 10 team in the last MCLA poll. 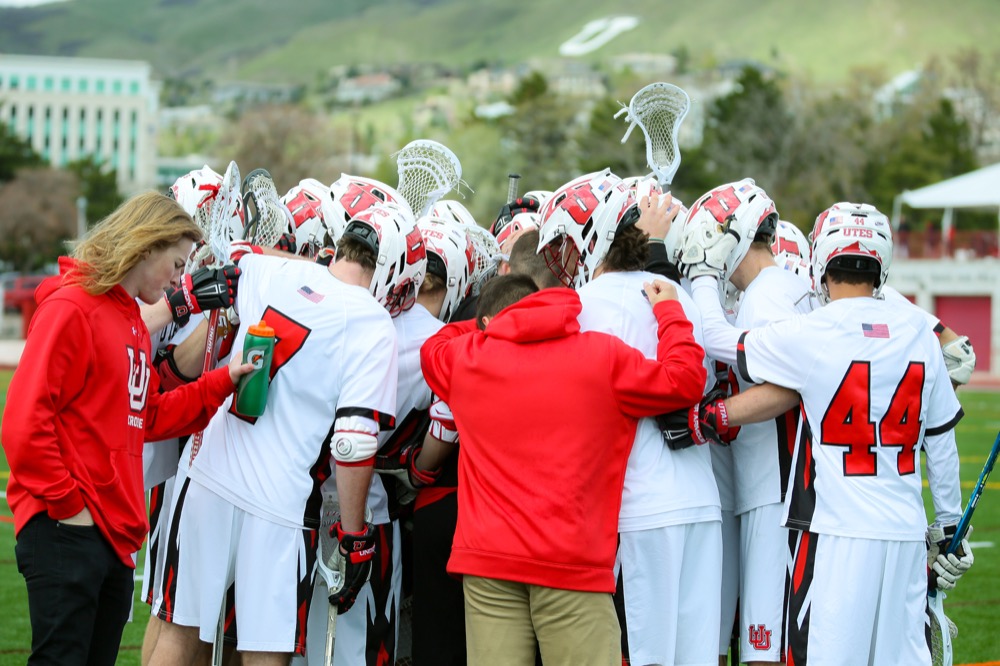 Off The Field
The Utes excelled off the field as well with goalie Max Holmes, defender Trevor Schwehr and LSM Seth Neeleman earning a 4.0 GPA. Overall the team had a 3.2 GPA.

Community Service
Several players were active in the community during the season. In the Fall, attackman Sean Austin helped save the life a chef on campus when the chef suffered a heart attack. Someone at the scene knew Austin was an EMT and ran upstairs to get him to assist. Austin responded immediately and assessed that the chef’s heart had stopped, he then started CPR. When the paramedics arrived and stabilized the chef, they stated to the Utah campus police that he had probably saved his life. Austin was recognized for his heroics by the Lassonde Institute in April.

In December, Fjeldsted and the Stout brothers organized a 3×3 tournament with the proceeds going to benefit a local refugee scout group. The tournament raised over $800 which in turn helped the 200 refugee scouters in the Salt Lake Region purchase swimming and snorkeling equipment.

Last but not least, the team took a young man by the name of Jakob Satterfield under its wing. Satterfield was diagnosed in the fall with a very rare brain tumor that required over eight hours of surgery. After a successful surgery, Satterfield has been in and out of the hospital with various treatments, checkups and procedures. Satterfields sister, Josie, is a friend of defender Chad Sundberg. Sundberg and other teammates continued to visit Jakob whenever they could, often going every day for several weeks in a row. Satterfield had the opportunity to meet lacrosse legend Casey Powell who immediately offered to help, bringing Jakob into the Casey Powell World Lacrosse Foundation. Satterfield was on the bench side at several home games and continues to improve daily. 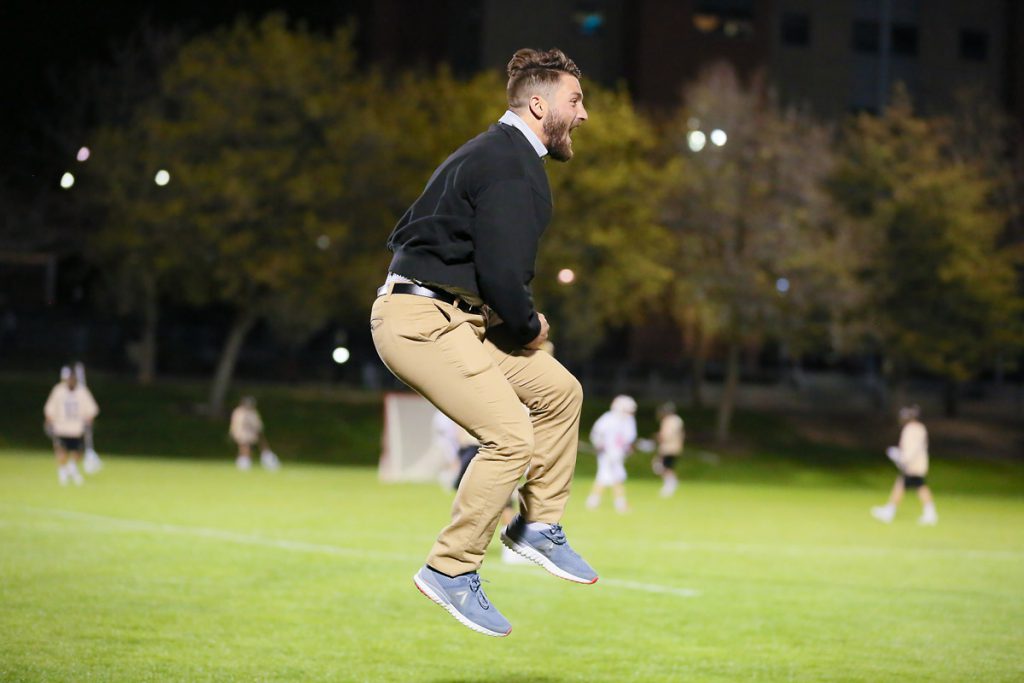