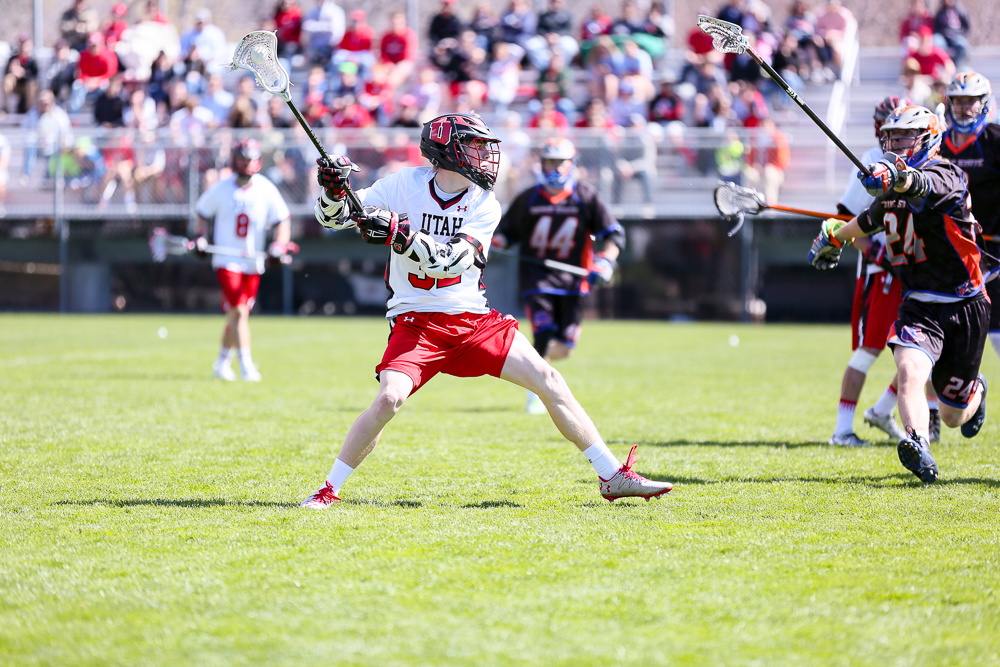 The University of Utah Men’s lacrosse team opens its home slate this Saturday against the Boise State Broncos. The game will be played at Judge Memorial High School in Salt Lake City and will begin at 1pm.

“I know the boys are excited to be playing at home against a well coached, tough team in Boise State,” said Utah head coach Brian Holman. “We are looking to take another step forward on our journey.”

Attackman Josh Stout currently leads the Utes in goals, assists, and points with 23, 6 and 29 respectively. Goalie Daniel Costa enters the game with a 0.722 save percentage and 26 total saves. The Ute defense as a whole is allowing just 4.2 goals per game. Twenty Utes have at least 2 points on the season. FOS Michael Abizaid is 34 of 52 from the face-off X.

This will be the eighth meeting in the last 10 years between the teams. Utah won five of those games but Boise State has won the last two, including an 11-10 upset last season.