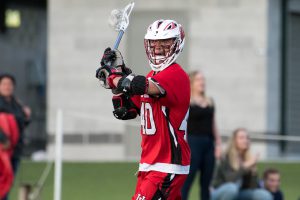 Recently named captain and Utah attackman Aaron Fjeldsted penned a letter for the December issue of Inside Lacrosse. Fjeldsted talks about growing up in Utah and what it means to have the University of Utah add D-I lacrosse.

MaxLaxOC: Brian Holman, Utah Are Recruiting Like a D-I Program 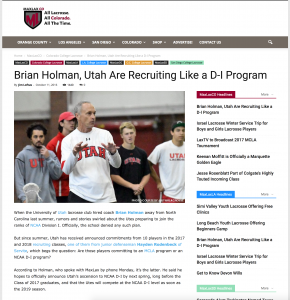 When the University of Utah lacrosse club hired coach Brian Holman away from North Carolina last summer, rumors and stories swirled about the Utes preparing to join the ranks of NCAA Division I. Officially, the school denied any such plan. Read the full article here. 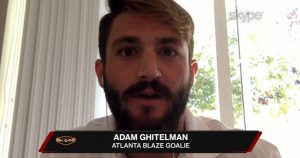 Coach Ghitelman joined Chris Marshall on the Lax Sports Network to talk about the Utes, MLL lacrosse and more. 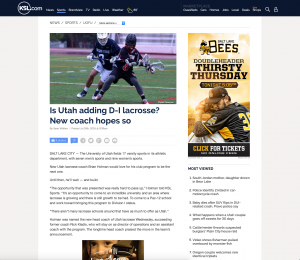 SALT LAKE CITY — The University of Utah fields 17 varsity sports in its athletic department, with seven men’s sports and nine women’s sports. New Utah lacrosse coach Brian Holman would love for his club program to be the next one. Until then, he’ll wait — and build. Read the full story here. 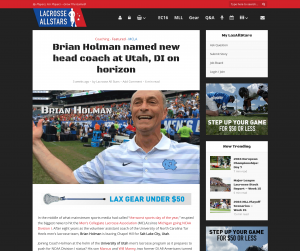 In the middle of what mainstream sports media had called “the worst sports day of the year,” erupted the biggest news to hit the Men’s Collegiate Lacrosse Association (MCLA) since Michigan going NCAA Division I. After eight years as the volunteer assistant coach of the University of North Carolina Tar Heels men’s lacrosse team, Brian Holman is leaving […] 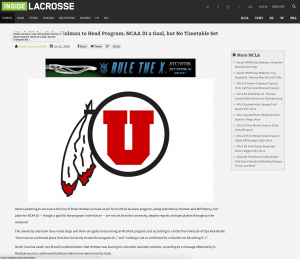