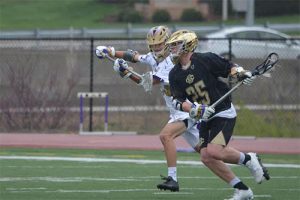 Reid Lanigan hails from Christian Brothers High School in Memphis, Tennessee. Lanigan is excited to get started with the team, coaching staff and being on campus. “The knowledge that Coach Holman and his staff bring to the table is something that would be hard to find at any other school,” said Lanigan. “Being from Memphis, […] 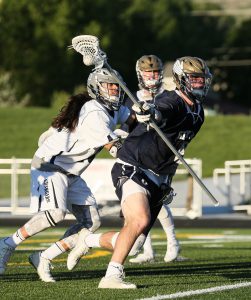 Ben Adams is a defensemen from Salt Lake City who attends Skyline High School. Adams originally committed to Penn but was intrigued by the direction the program is taking. “It was really a combination of things,” said Adams. “The coaching staff is amazing and being able to be part of the first D-I program in […]

Continuing our recruit profile series, we sit down with Quinault Mackey from Bonney Lake, Washington. Mackey is a captain for the Sumner Spartans lacrosse team and actively plays for the Seattle Starz and Sea-Town Kings club teams. Mackey wants to be either a mechanical or aerospace engineer, is a proud Eagle Scout, and is an […]