The No. 2 University of Utah men’s lacrosse needed overtime to beat No. 24 Colorado State on Thursday in Fort Collins, Colorado. Junior midfielder Aaron Fjeldsted buried the game-winning goal with 2:57 left in overtime to secure a 12-11 win for the Utes.

Utah (11-0, 3-0) found itself in an unfamiliar spot early in the game when Colorado State scored three quick goals early in the first quarter. Freshman attackman Quinault Mackey scored the first goal for the Utes at the 3:54 mark on a great feed from Junior midfielder Jake Stout. Just 40 seconds later, Fjeldsted found Sophomore attackman Josh Stout to make the score 3-2 for Colorado State. The Rams would score again, giving them a 4-2 lead at the end of the first quarter. 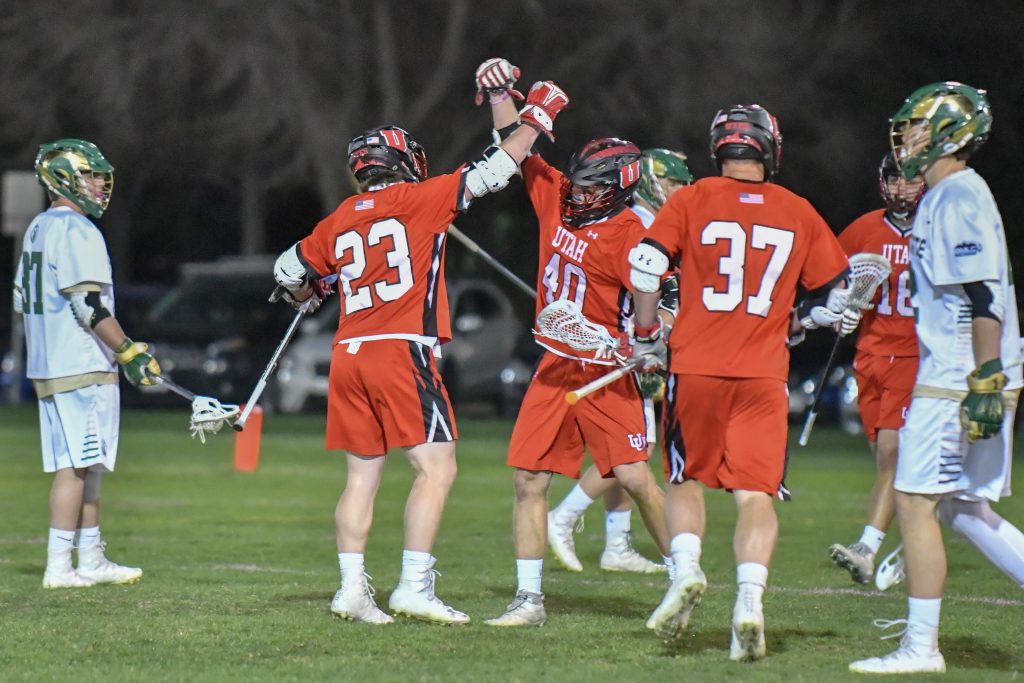 Mackey dodged from X and beat his man for the first goal of the second half. Watson scored from the left wing then Jake Stout scored a laser down the alley. Freshman midfielder Reid Lanigan weaved through the Rams defense and scored right on the crease after a nice stick fake to put the Utes in the lead for the first time in the game. Senior midfielder Cam Redmond added to the Utes lead with 6 seconds left in the third quarter, giving the Utes a 9-7 lead after three quarters.

Colorado State scored first but Lanigan quickly gave the Utes a two-goal lead again. Colorado State then scored three straight goals to take the lead, 11-10, with 1:45 left in the game. On the ensuing face-off, the Rams came away with the ball, but the Ute defense clamped down and caused a loose-ball which was scooped up by the Utes just as the lightning alarms sounded. The game was paused while everyone took shelter. After a 45 minute break, both teams came back on the field and the game restarted with Utah taking the ball at midfield.

The Utes had two good looks at the cage but both were saved by the Colorado State goalie who backed up the second shot. The Rams cleared and the Utah defense began to heavily pressure the Colorado State offense and caused a turnover. Freshman defenseman Steele Headden cleared the ball and the Utes quickly settled into its offense. With 9 seconds left, Fjeldsted pushed down the alley but was well covered. At goal line extended, Fjeldsted pass back to Jake Stout who bounced it in front of the cage and hit the top of the net for the goal as time expired. The referees counseled and confirmed that the ball was out of Stouts stick before the whistle blew, sending the game to overtime. 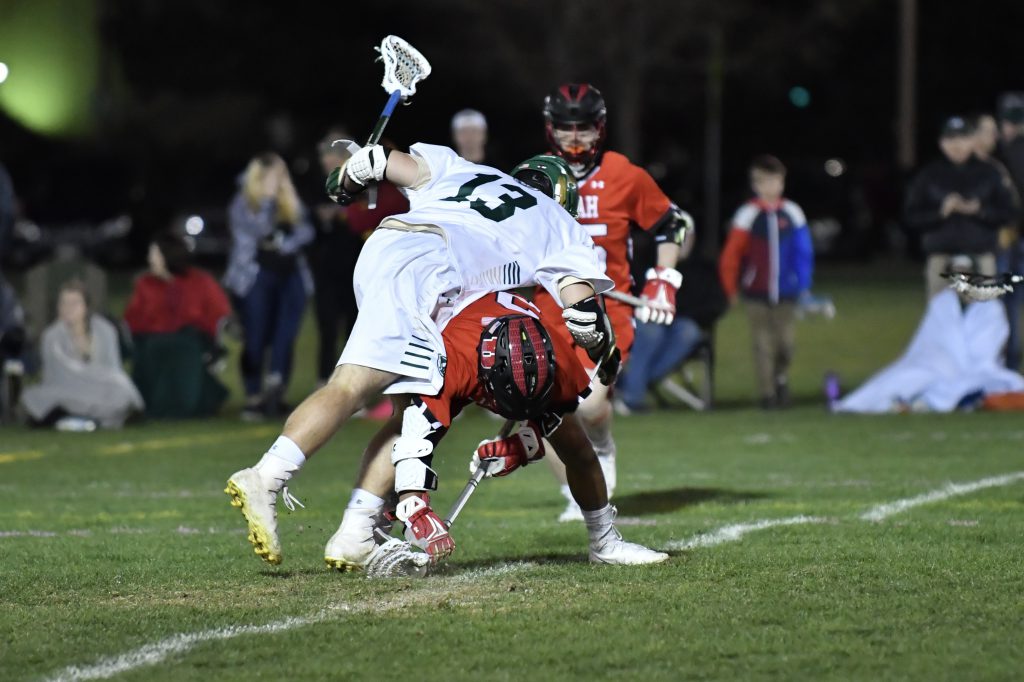 In overtime, Freshman FOS Jacob Chang won the face-off and got the ball to the attack. Utah called a timeout to setup the play. The Utes worked the ball around before Jake Stout pushed from X and drew the slide and dished to Fjeldsted. Fjeldsted was wide open, took a few steps and let loose a perfectly placed overhand shot, sending the ball stick-side, hip-high for the goal and the win.

“We’ve been saying the same message all year to our guys: you just have to make the next play,” said Utah head coach Brian Holman. “Give credit to Colorado State, they played a really good game. When it comes down to crunch time, I just felt our guys were comfortable in that setting because we’ve practiced it before.”

The Utes will head south for a showdown with No. 3 Colorado on Saturday at 1pm MT.